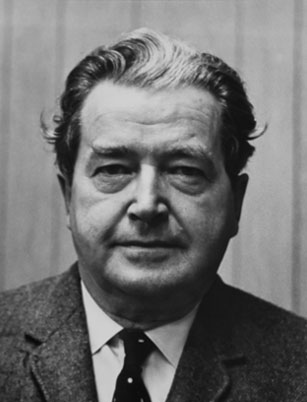 In 1946, Fay Clark looked out onto farm fields and had a vision of houses and a highway running through a new city. Clark remarked in a February 1984, Gazette interview, that once he had that vision, "nothing could stop me, and I knew I would be a part of it."

Previous to having this vision of a new city, he had purchased 11 acres west of Robins Road where he constructed a Quonset building that contained a lunchroom and a welding shop. He had already established a trailer company and had built a "modern trailer court" on 20 acres of land east of Robins Road; kindly known as Hiawatha Oak Brook Trailer Court, which today is being redeveloped to stimulate activity in the heart of the city.

In 1950, Clark and another 45 residents signed a petition seeking to become the 17th incorporated town in Linn County. The town would be named after Clark's trailer company. That same year he and Henry Katz of Marion, established the Linn County Fire Association to help provide fire protection to rural communities.

Bev Daws has lived in Hiawatha since 1951. She was a bookkeeper for Clark's Midwest equipment company, did the water billing while he owned the town water service and kept court dockets for Clark who was also the Justice of the Peace.

"There are probably not enough words in the English language to (describe Fay Clark)," laughed Daws. "He was interested in healing rocks and the Indian way of life. Basically he was a quiet person and good listener. He and Adeline (Clark's first wife) both believed in helping young people start their lives here in Hiawatha. They helped many veterans get homes after the war."

Clark was born in 1907 near LaCrosse, Wisconsin, and at around the age of 16, he went to live with Chief Red Cloud and the Winnebago Indians for two years. He received an architectural engineering degree from the University of Wisconsin, and later, wrote three books involving astral projection and parapsychology. One of his hobbies was photographing a person's aura.

"He wanted to see Hiawatha grow," commented Daws. "I've wondered deep down what Fay would have thought about it growing so big."

"He did not take credit for this city, but I don't know who else the credit would go to," remarked Theis, adding that Clark didn't want his two sons who live out west, to spotlight his role in founding and building Hiawatha.

While Clark resisted this attention, the community has found ways to honor him with 30-acre city park off North 18th Avenue named Fay M. Clark Memorial Park. Trusses in the 1940's Quonset building, welded by Clark, were salvaged when the structure was razed in 2014 later the trusses were used to construct a walking bridge in the Park as a reminder of Fay. His portrait has hung in the fire station since the building's dedication, and his picture leads the gallery of Hiawatha mayors' photographs hung in city Hall.